An Army General, Christopher Musa who is the theatre commander of Operation Hadin Kai was today interviewed by The Cable where he spoke extensively on terrorism, and the success of the Nigerian Army so far in the fight against insurgency in Nigeria. Christopher Musa confirmed the death of Abubakar Shekau who was the leader of Boko Haram, and also said that the major challenge they have now is the fact that these terrorists have foreign sponsors who are bankrolling them and providing money for acquiring arms and ammunition. 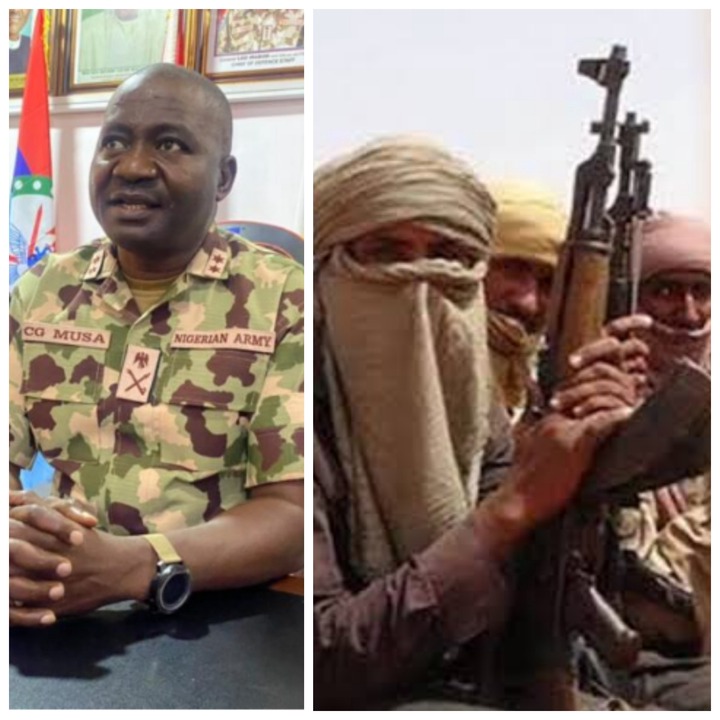 When asked to speak on the fear that ISWAP and Boko Haram terrorists may carryout massive recruitment of fighters, the army general said the terrorists themselves are fed up, and that they have seen they cannot succeed. He said if you talk to some of them who have surrendered, they will tell you they have seen there is no future having fought for 13 years without gaining anything or moving forward in life. He said the terrorists will also tell you that it is only their leaders that are making money, adding that it has become a business venture, and no longer an ideology. 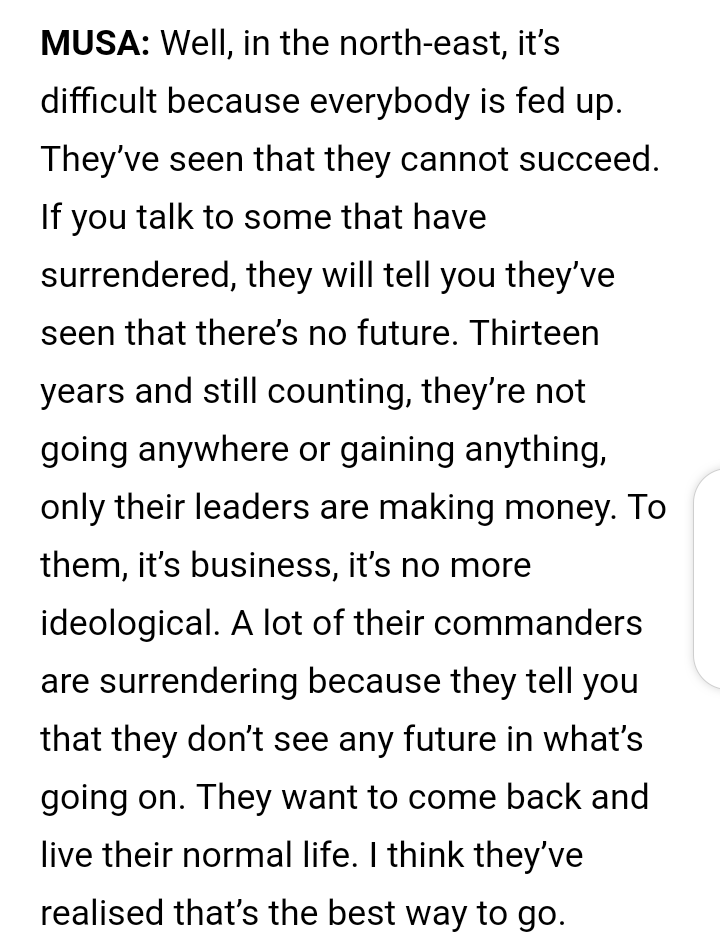