Manchester United fans turned on themselves in the stands as they lost to Brighton in their first Premier League game of the season.

Erik ten Hag suffered a first-ever home defeat to the Seagulls as his side lost 2-1 at Old Trafford on Sunday, August 7. 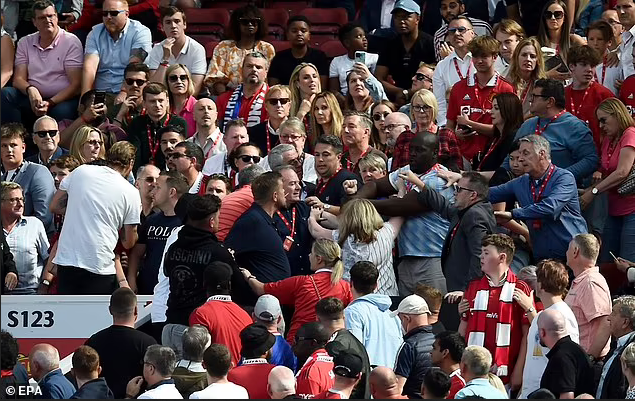 Pascal Gross scored twice in the first half to give Brighton a commanding lead and while Alexis Mac Allister own goal sealed off the score line with Ten Hag’s side unable to complete the turnaround. 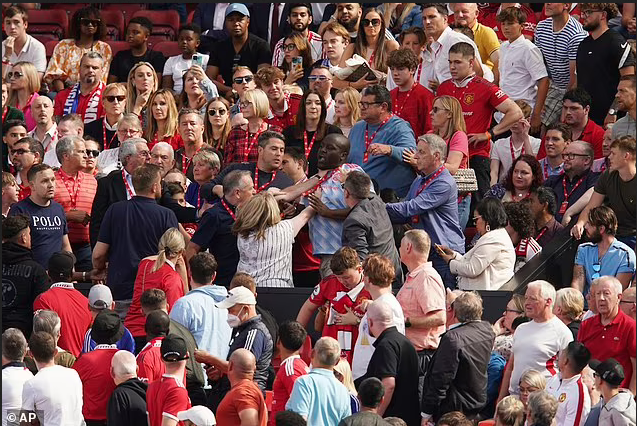 The result led to increased tensions in the stands as fight broke out in one area of the crowd at Old Trafford.

In one of the photos, a man was seen having his hand around the throat of another spectator. Fans from another section then got involved as others attempted to calm the situation.