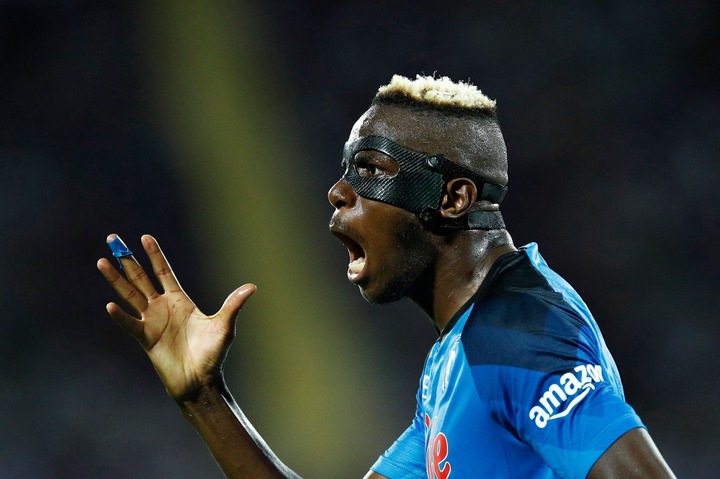 Super Eagles of Nigeria star Victor Osimhen has replied a Nigerian man who asked him for 100 thousand naira on his verified Twitter handle. 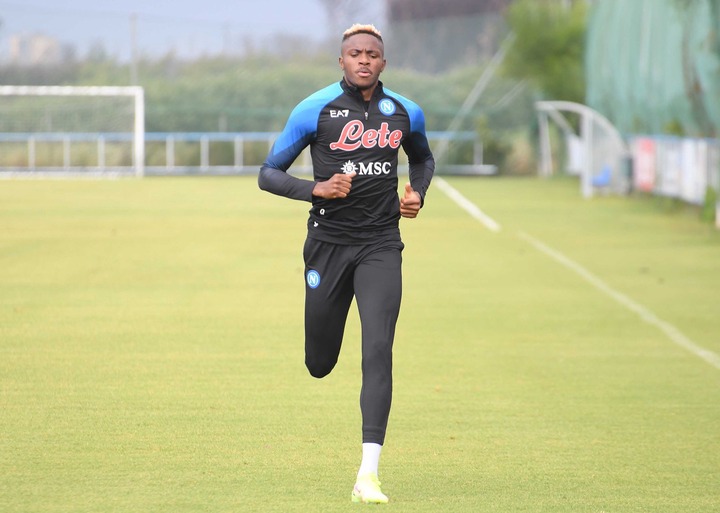 The former Wolfsburg football club of Germany striker posted a picture of himself on Twitter on Friday afternoon with the caption of ‘step by step God is the greatest.’

The Nigerian international is currently working hard on returning to action for Napoli football club, having missed their last few matches due to injury. 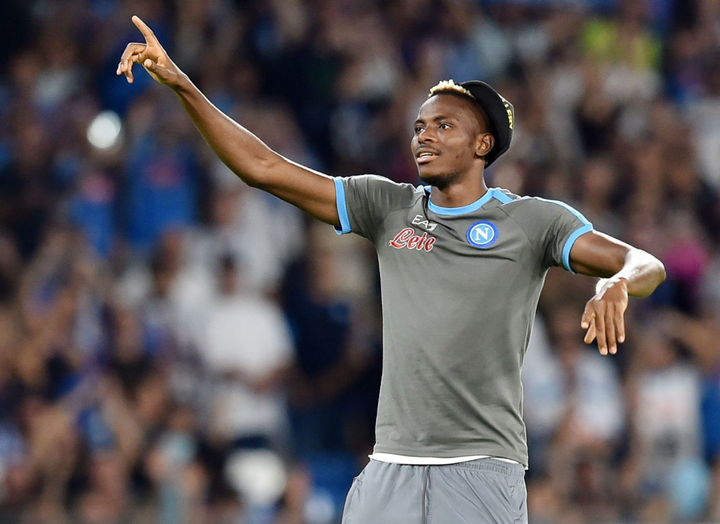 Napoli football club head coach Luciano Spalletti revealed that Osimhen will be out of action for up to four weeks and the youngster is currently training hard and he is on the verge of playing for the club this weekend.

Victor Osimhen was excited to return to full training with Napoli football club and he decided to share a picture of himself on Twitter. 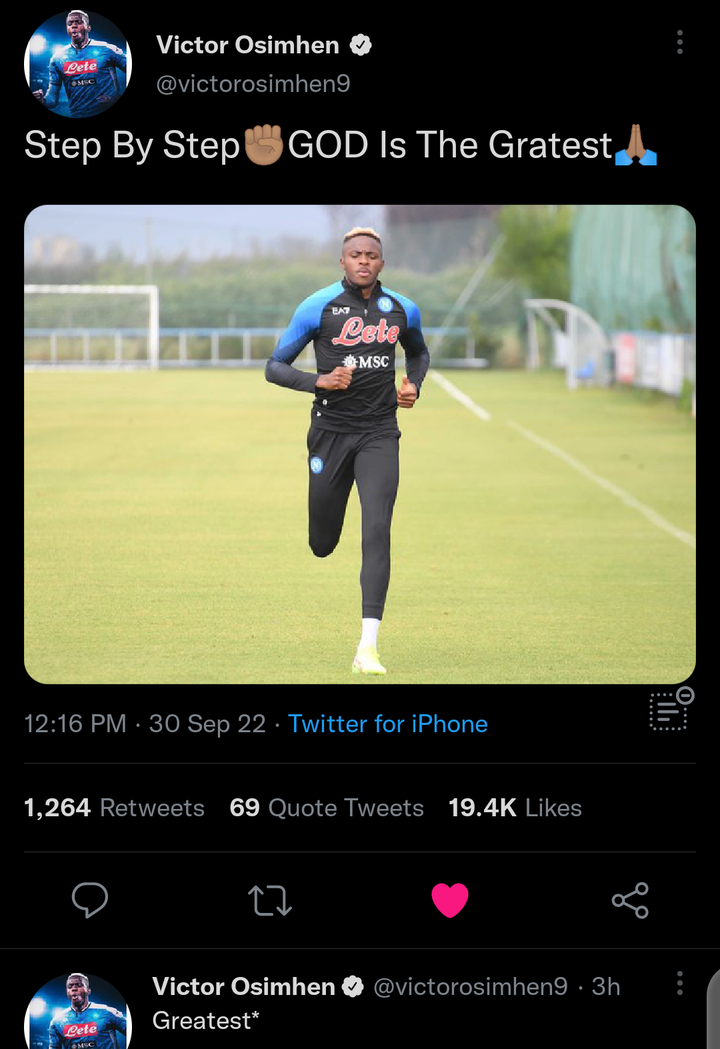 Victor Osimhen then replied him as he said

“No need for likes send aza (your account number) for 50k.” 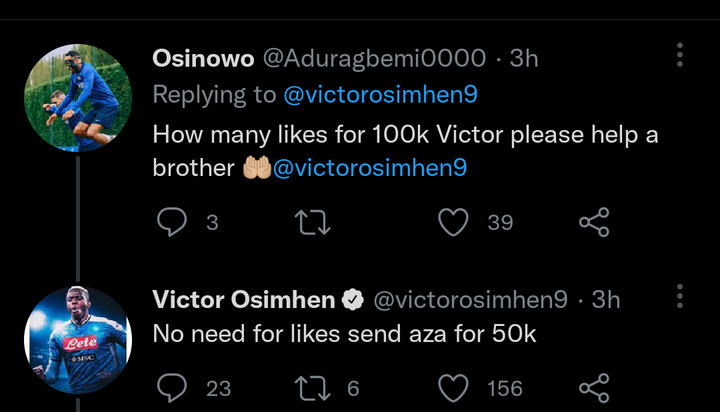